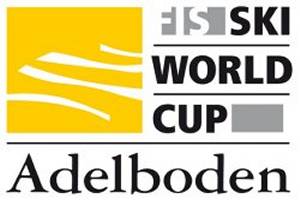 Giant slalom races are often overlooked in favour of their more glamorous downhill and slalom counterparts, but the Adelboden race is an exception to the rule, a classic race with an iconic finish as the skiers sweep round to face the final section - a seemingly vertically wall of snow and ice overlooking the finish area in the village, complete with 20,000 fans screaming the racers on.

It might not be the more popular downhill or slalom, but the giant slalom at Adelboden is still one of the 'classic' ski races on the annual calendar, with the Chuenisbaergli slope a real favourite amongst racers and fans alike. The race's position on an early weekend in January is now seen as the opening classic race, quickly followed by the likes of Wengen and Kitzbuhel.

The list of winners of the men's giant slalom event at Adelboden since the event started back in 1958 are as follows:

Austrian superstar skier Marcel Hirscher claimed his 2nd giant slalom victory at Adelboden, thanks to two strong runs on the Chuenisbaergli slope. The race organisers had worked wonders to hold the race, with a lack of snow on the bottom half of the course and unseasonally warm temperatures meaning the snow was really soft. However, it didn't seem to bother Hirscher as he took charge of the first run to lead by half a second from last year's winner, Germany's Felix Neureuther, and nearly a whole second advantage over Frenchman Alexis Pinturault. Fritz Dopfer of Germany had a storming 2nd run and finished in 4th place, whilst his compatriot Neureuther slipped down to 5th after a sluggish 2nd run. Hircsher added to his advantage on the second run to finish 1.13 seconds faster than Pinturault, with Norwegian Henrik Kristoffersen completing the podium positions.

American GS specialist Ted Ligety claimed his first victory on the Chuenisbaergli slope at Adelboden, with a dramatic victory in a race that appeared to be going to his Austrian rival Marcel Hirscher. Overnight snow had given way to glorious sunshine and the crowds once again flocked to the Adelboden slopes, despite the fact there was no real chance of a Swiss victory. Instead it looked like being another glory day for their big Alpine rivals Austria as Marcel Hirscher was fastest in the first run, followed by Ligety and then Frenchman Thomas Fanara. However, as with so many 2nd runs, things turned round dramatically as German duo Fritz Dopfer and Felix Neureuther both clocked great times to put themselves in contention right up to the point where Ligety nailed his 2nd run to go a second faster than Dopfer. Hirscher still had a healthy gap over the American though and was soon extending it as he hurtled down the slope. By the midway point he was over a second ahead and absolutely flying, but the impression that he was almost going too fast soon became a reality as just a few gates from home he smashed into one of the gates, somehow recovered only to lose an edge and nearly miss another gate. We're not sure how the Austrian superstar managed to stay on his feet but he eventually got back on track and finished the race in 16th place. But as Ligety said afterwards, Hirscher was in a class of his own on the slope apart from that one mistake, but the American gladly accepted the bit of luck to take the Adelboden title for the first time in his career and also extend his lead in the giant slalom standings.

Fast-rising Austrian star Marcel Hirscher claimed victory on the legendary Chuenisbaergli slope at Adelboden, his second giant slalom win of the season following his victory in the second race of the season at Beaver Creek. Hirscher had been in pole position following the fastest first run, but had to hold his nerve to see off a storming second run by fellow countryman Benjamin Raich, the veteran proving that his comeback from the previous year's serious injury was nearly complete with the fastest second run of the day, his 2nd run time of 1 minute 19.80 was nearly a second faster than Hirscher, but the youngster had an extra 0.08 seconds in the locker from the 1st run. It would have been a remarkable victory for Raich but probably one that we shouldn't have been surprised at, seeing as though he has a fantastic record at Adelboden, having won the GS here 3 times between 2006 and 2009. Massimiliano Blardone completed the podium, a further 0.20 seconds behind Raich following two fine runs. Championship leader Ted Ligety didn't have his best day at the office considering his high standards but still came in fourth, missing out on a podium by just four hundredths of a second, whilst there was then quite a big gap back to French racer Cyprien Richard in fifth. Over half a meter of snow had fallen in Adelboden on the days leading up to the race, and course workers had worked their socks off to clear the snow, even the Swiss army had been brought in to help out, yet still the Swiss supporters turned up in their tens of thousands for the most famous giant slalom on the circuit. Conditions were still testing, and affected some of the times in the second run, but given the amount of snow that had fallen the Chuenisbaergli slope was in a remarkable condition.