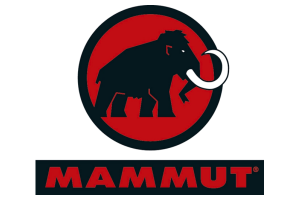 Hugely respected Swiss company dating way back to the 19th century, that continues to manufacturer an extensive array of equipment for a wide range of mountain activities, from it's world class reputation in rock climbing and mountaineering, through to hiking, ski-touring and alpine skiing. It belongs to a group of companies that also includes the likes of outdoor shoe manufacturer Raichle, and ski-wax brand Toko.

The company was formed in 1862 by Kaspar Tanner in the Swiss village of Dintikon. He started out as a traditional manufacturer of rope, initially for agricultural use, but later for use in climbing. The company continued to manufacture these, along with all sorts of other mountaineering equipment and gear such as netting and belts, into the 20th century. By the 1960's the company had grown hugely but was still mainly manufacturing ropes and other similar equipment. By the 1970s it had started to manufacture a wider range of outdoor gear, such as sleeping bags, tents and, importantly, clothing. Clothing now accounts for 50% of Mammut's sales, which just shows how vital this area has become to the success and growth of the company. It has since acquired a whole host of specialist mountain-related companies, such as Toko (ski wax), Raichle (shoes) and Ajungilak (sleeping bags). However, Mammut remains true to it's roots and is still the world leader in the manufacture and sales of rock-climbing rope, all of which it continues to make at the company's headquarters in Seon, in the Swiss canton of Aargau.

Mammut clothing is definitely more about the performance than the style. Mammut aren't trying to be a Moncler, or a Bogner, they're just trying to create decent, well-performing clothing. That said, some of the jackets and pants from recent seasons have been really rather fetching. The brand's popularity has increased ten-fold since the 90's and Mammut stores have now popped up in major cities around the world as well as world-class sporting centres like Sapporo in Japan.

Having a good reputation in niche markets like climbing has helped give Mammut a great technical reputation, not only in it's traditional areas such as hardware/equipment, but now also in it's clothing lines. And whilst the brand may not be as trendy as the likes of say Peak Performance, no-one is going to doubt it's reputation for quality when you have world famous mountaineers actively using their clothing on trips and expeditions. Mammut sponsors lots of professional winter sports men and women, using this not only as a way of advertising their products but to use comments and feedback from these world-class sports men and women to improve and develop their products further.

Well, you can pretty much tell how well Mammut's gear is going to perform when you see it's price, as it certainly can't be described as cheap - you're talking around 400 pounds for the majority of it's high-performance winter sports jackets.

Mammut clothing is available at the following Ski and Snow-sports Shops: