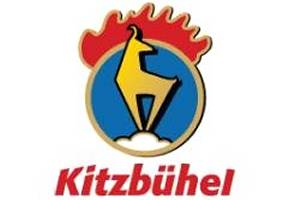 The word 'classic' is often over-used, but not in the case of this race. Set on the Streif slope of the Hahnenkamm mountain above the glitzy Austrian resort of Kitzbuhel, this is a race that has the lot - history, drama and some of the steepest slopes on the world cup calendar.

Snowkings favourite ski race is probably the best known in the world. The Hahnenkamm is the name of the mountain on which the downhill course, the Streif, is held. And it's a brute of a course. Skiers who've raced there have said that it's not a course for pretty skiing, it's just pure survival all the way down, hanging in there and hoping you can hold on to a decent line.

Best known for the enormous Zielschuss jumps at the foot of the course, it's actually some of the features higher up the course that make it so hard - the Mausefalle (mousetrap) jump kicks things off immediately, hurtling the skiers through the air just seconds into the race. Immediately following this there are a number of incredible turns and compression sections to get to grips with, areas of poor visibility and several demanding gliding sections. Just making it to the bottom can be considered a result, let alone winning the damned thing, which is why it often favours more experienced skiers who have raced on it over a number of years.

As with the other classics of the ski racing calendar, the days leading up to the race has made it a real social event too, with thousands of people visiting the town for the race (an incredible 50,000 people sometimes attend the downhill), which almost has the status of a national holiday in Austria. Nowadays the race is normally held in January, usually the weekend after the other major classic downhill, the Lauberhorn, with the downhill being held on the Saturday, sandwiched between a Super-G on the Friday and a slalom on the Sunday.

The list of winners of the Kitzbuhel Downhill since the event started back in the early 1930's is as follows:

Swiss skier Didier Cuche recently took over from Austrian legends Franz Klammer and Karl Schranz as the stand out skier on the Hahnenkamm with an incredible five wins, compared to "just four!" wins each for Klammer and Schranz, whilst Swiss champions Franz Heinzer and Pirmin Zurbriggen have taken the title three times along with French racer Luc Alphand.

The 73rd running of the Hannenkamm races saw Italian ski racer Domink Paris became the 1st Italian since Kristian Ghedina in 1998 to win the Hahnenkamm downhill on the Streif slope. An action-packed downhill saw pre-race favourites Klaus Kroell and Aksel Lund Svindal both fail to make the most of their recent form and experience and finish in 6th and 9th. Austrian youngster Max Franz was the early leader with a storming run on the bottom half of the course, and time after time as the next set of skiers came down it looked like his time would be pipped only for him to hang in there with the leading time. Peter Fill was going really well but had an incredible crash - the Italian going into the netting and flipping 360 degrees through the air. Klaus Kroell skied it near perfectly, seemingly in total control and looked gobsmacked to see his final time 0.14 seconds behind his young team mate. Frenchman Johan Clarey, fresh from smashing the 100mph barrier at Wengen seven days ago, was absolutely flying down the Streif and had victory in his grasp after skiing two thirds of the course perfectly, but hurtled into the netting on the dreaded traverse section. Aksel Lund Svindal had a sluggish start but eventually managed to get himself within touching distance of the lead, only 0.14 seconds down on the final split, but was far too low on the traverse section and lost vital tenths of a second. Having seen so many skiers off Franz was maybe thinking this could be his day but eventually lost his lead to the next block of top racers, Italian Dominik Paris nailing the run of his life and finishing a mighty 0.61 seconds ahead of the Austrian. Then Canadian Erik Guay came flying out of the starting hut and managed to hold his speed right the way down, looking like he'd got the lead only to cross the line just 0.13 seconds off the time of Paris. The 50,000 home fans, including celebrity Hahnenkamm fans Arnie Schwarzenegger, Felix Baumgartner, Niki Lauda and George Clooney went mental as in-form Austrian Hannes Reichelt started turning all the intermediate times green and looking like he might end the fans wait for a home victory, but like so many other racers over the year he got the approach into the traverse section slightly wrong and lost time as he was too low down, their was audible groan from the fans finish area as it happened as they knew he'd just lost the speed he need to carry him over the final jump with enough speed. Slovenian Andre Sporn did exactly the same as Reichelt - ahead all of the way apart from right at the end. The race finished in an unusual fashion as Christof Innerhofer had been disciplined for a incident in the training run and was forced to come down as the last man in the race, so instead of heading off to talk to the media assuming that the later skiers would not challenge his time, Paris had to stand and watch and wait for the recently crowned Lauberhorn champion. Innerhofer started the top section well but started to lose time in the mid section where the slope had become choppy, and by the end of the run was nearly two seconds down. So whilst his compatriot Paris had waited longer than normal to be confirmed as the Hahnenkamm champion he would have had no real complaints about the wait - it was worth it! The result means that it is now 7 years since an Austrian last won in Kitzbuhel, Michael Walchhofer being the last skier to send the ten's of thousand's of fans home happy.

The 72nd running of the Hannenkamm races saw Didier Cuche claim a record-breaking 5th victory on a cut-down course, with the top section having to be removed because of the extreme weather conditions that were affecting Kitzbuhel and many parts of Austria - namely too much fresh snow and poor visibility on the higher sections.

With Arnold Schwarzenegger watching on as guest of honour the event was effectively a downhill sprint, with nearly half of the course missing, including the classic early jumps and the infamous Mausefalle and Steilhang sections, due to the lowering of the course. Austrian youngster Joachim Puchner got the fanatical home crowd into high spirits as he took a great early lead. Frenchman Johan Clarey, coming down 8th was just 0.04 behind, just losing a potential competition-leading run on the last jump. Puchner held the lead right up to the 16th racer, and current downhill leader Beat Feuz. Feuz was behind by half a second to start with and was in all sorts of trouble coming off one of the jumps but some how pulled it round and was only nine hundredths of a second behind Puchner by the time he crossed the line. With the snow still bucketing it down conditions were horrendous for the skiers, with poor visibility a major factor. Bode Miller was never really in contention but did pull off one of the most incredible recoveries ever seen - losing an edge and with his ski totally rotated he managed to keep going and correct it before the other ski slipped out and again he managed to correct it and get back on track. A fantastic recovery but Bode was never on the pace because if the time he lost there. Next up was Didier Cuche, the 37 year old Swiss skier's last time in the race and looking to break the record as the first man to win the Hannenkamm five times. And a totally focused Cuche flew down the course, and into the lead by three-tenths of a second. The earlier disappointment of the race having to be shortened was now completely unfounded as it was an incredibly exciting race. And it was about to get even more so, as the two following Austrians, Klaus Kroell and Romed Baumann both came within a whisker of taking first spot, but Cuche held on. Canadian Jan Hudec, at 30 years of age one of the oldest Hannekamm rookie's, looked like he was about to cause a massive upset but was leaning back on the final jump and, looking almost like a ski jumper, lost vital tenths of a second and Cuche survived again. As the remaining top 30 skiers ticked down it was left to Andrei Sporn to provide the last real danger to Cuche - and danger it was too, with Sporn leading at all the intermediate timings but as with so many others he just lost time on the last quarter of the course. So Cuche capped a strange day by making history in becoming the first racer to win the Hannenkamm five times, an incredible feat that may not be broken in our lifetime. Hats off to Franz Klammer for having the class and good grace to stand in the finish area and applaud Cuche as his record was broken, and hats off to all the skiers on the day for making it such an exciting race in such testing and dangerous conditions.

Pre-race favourite Didier Cuche destroyed the rest of the field by storming to victory by nearly a second ahead of American Bode Miller. 26 year old Frenchman Adrien Theaux pulled off the shock of the day as he grabbed the final place on the podium, just edging out Austrian Mario Scheiber. It was a sad day for home favourite Michael Walchhofer, who having announced that this would be his final season was skiing the event for the final time. Nearly 45,000 packed the slopes and finish area, many hoping to see Walchofer extend his lead at the top of the downhill standings, and despite suffering knee and throat injuries in a training run the Austrian started well but then hit a bump in the mid section and came a cropper over the Seidalmsprung. There were no such problems for veteran Swiss-ace Cuche though, who had been fastest in training and carried his form into the race proper, hurtling down the Streif to take the race for the 2nd year running, and becoming only the third racer in history, alongside Austrian legends Franz Klammer and Karl Schranz, to win the race 4 times. Cuche also became the oldest winner of an FIS World Cup race, his 36 years and 5 months making him older than the previous record holder - Liechtenstein's Marco Buechel having won a Super G in Kitzbuhel back in 2008 when he was also 36.

Kitzbuhel : How to get a cable car named after you

The winners of Kitzbuhel's Hahnenkamm races not only receive the trophies, prestige, World Cup points and prize money, they also have gondola cabins named after them on the town's ski lift system.