Top Tips for Skiers and Boarders 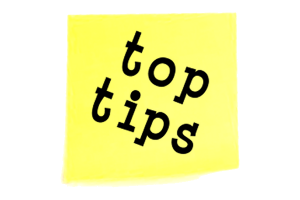 Read on for some truly great tips for skiers, snowboarders and general winter enthusiasts.

SnowKings and our lovely readers have come up with some genuinely 100% not very useful ideas on a whole range of snow-related matters, from how to save money, how to keep cool on a glacier if you're from the north of England (with a special gravy-associated bonus) and even how to make the most of skiing in the nude.

If you know of any others, then contact us and if your ski or snowboarding tip is top enough, then we'll add it to the list.

Adulterous Skiers - Avoid the embarrassment of shouting out someone else's name in bed when you return home from your lads-only ski holiday by only sleeping with people who have the same name as your partner. To give yourself more options avoid marrying someone with an unusually rare name, such as Cordelia, Cherub or Cinderella. J.Hosain

Extreme skiers with an addiction to danger - Save time and money on expensive trips to the mountainous areas of the world. Simply wander around the town centre of Merthyr Tydfill for 3 hours completely sober on a Saturday night and then catch the number 15 bus to Pontypool to experience exactly the same level of terror and fear. Ben B.

Northern Skiers - when glacier skiing in the height of summer, place a sealed bag of frozen peas and gravy granules under your helmet to stop you over-heating. And come dinnertime you can save yourself some money at expensive mountain restaurants by simply opening the bag - Voila !! Mushy peas and gravy, the staple diet of every northerner. Jack Croft.

Southern Skiers - stop being soft and crying every time you stand at the top of a black run or a tricky red. Jack Croft.

Swiss Ski-Chalet Maids - save precious time clearing up bits of cheese by releasing several mice into the chalet at the end of each fondue evening. Tony P.

Frugal skiers - save money on expensive dinner-time desserts in over-priced mountain restaurants. Simply take out a small bottle of Robinsons's Lemon Barley Water and sprinkle onto a patch of snow. Voila - a refreshing lemon sorbet (remember to avoid any snow that's already yellow though). The Silver Surfer

Nudist Skiers - give your private parts a bit of extra warmth by sticking clear Sellotape on them. Hey presto ! Your bits have a bit of extra protection from the wind but you're still effectively naked as everyone else on the piste can still see your tackle. Bob Hodgkinson.

Eurosport Schedulers - confuse the hell out of the British public by starting the coverage of your winter sports TV programmes at a time that bears absolutely no resemblance whatsoever to your original schedule, and then blame the viewers for getting mixed up with CET. MB.

Accident-prone skiers - when arriving at a plush 5-star alpine hotel, remember not to carry your skis through the revolving door. Tony P.

Save money on expensive lift passes by negotiating with the lift company that in return for a half-price pass you will jump off each ski lift at the halfway point, be it a drag lift, 8-seater chairlift or gondola. Mike Newman

Nudist Skiers and Boarders - in really cold weather, when even the most extreme and foolhardy nudists have to wear some clothes, simply stick a photo of your privates onto the front of your salopettes or jacket. Hey presto - you still give off the effect of full-frontal nudity AND your privates are warm. MB.

Small Skiers Give the appearance that you're much bigger than you actually are, by only skiing in freshly-planted wooded areas, thereby giving the impression that you are, in fact, almost a giant. Anthony Nicholson