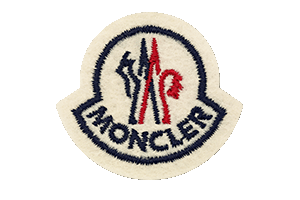 Moncler is an intriguing Italian/French brand that has now established itself as an ultra-fashionable high-end label despite having a remarkable early history in snow sports and mountaineering.

Its clothing has become so stylish and expensive that you would hardly believe that it's history as a company dates way back to the 1950's, with roots in supplying mountaineering equipment to famous global expeditions of the day. You can look at certain brands, such as Mammut, and you can just sense from the style of their range, their materials, and the way the company portrays itself, that they are steeped in a certain history, but when you look at Moncler you're almost surprised to discover where it's come from, and what it's been involved in over the years, it almost feels like a recently created company. And whilst some fashion houses, such as Prada, have tried to get a certain share of the market in high-end winter sports clothing, Moncler has managed to go the other way - from winter sports brand to fashion house and luxury goods. All this makes Moncler a really intriguing and interesting brand, and almost like nothing else in the industry.

Moncler was formed back in 1952, when a local entrepreneur, Rene Ramillon, started manufacturing covered tents and quilted sleeping bags. Moncler took it's name from the French alpine village where Ramillon founded the company - Monastier de Clermont, near Grenoble. Throughout the 1950's the company supplied equipment for a series of mountaineering expeditions for ascents on summits such as K2, Makalu and Mount Huntington. Moncler's famous down jackets were actually a by-product of the company's other products - the padded jackets being produced in the first instance to keep the worker's warm in Moncler's alpine workshop. Local climber's and mountaineers were soon asking the company to supply them with not just sleeping bags and tents but jackets, pants and gloves. The rest is history, as Moncler's trademark down jacket became renowned for it's style and warmth. By the 1960's Moncler had established itself as France's leading brand in the winter sports arena, and it was the official supplier to the country's Winter Olympic team during the 1968 games in nearby Grenoble. During this decade Moncler also started using the cockerel as its emblem. Moncler was taken over by an Italian company in 1992, and the new parent company, Moncler Group, which also owns the Henry Cotton and Marina Yachting brands, is actually now based in the Italian city of Milan, although the Moncler subsidiary is still supposedly run from France.

Moncler is about as close as the skiing industry gets to a high-end fashion catwalk at 10,000 feet ! There's not many other ski brands that use silk, tweed, let alone sequins, in their ski jackets, but with Moncler that's what you might get, and not even the other uber-chic ski brands such as Bogner or Prada Sport do that. Moncler seems to be intent on achieving a status of being a globally recognised luxury brand, along the lines of other fashion houses, such as Prada, or Chanel, and has branched out into other areas of luxury accessories, such as leather goods, shoes etc, and so you're now more likely to find shops selling Moncler in Hong Kong than you are around Hochkonig.

This is a bit of a tricky one, because Moncler's reputation started with the quality of it's down jackets. The jackets can still cope with the weather in the mountains, but when the emphasis on the jacket has become so heavily weighted to the item's styling it's hard to talk of it in performance terms the same way as you would a brand like Mammut, Arc'teryx or Spyder. And given the high price of the jackets, it seems that whilst serious skiing fashionistas with money to burn may strive for a one thousand pound Moncler jacket, serious skiers with money to burn would probably strive for a thousand pound Kjus jacket. It seems a shame that when people discus Moncler nowadays they are more than likely discussing the merits of what it looks like, rather than how it will perform under certain weather conditions. Why is it a shame ? Well, this was historically an innovative company - Moncler manufactured the first quilted down and nylon jacket, the down being blown into the jacket to fill the voids, so it just seems a shame that the jackets are now best known for how they look, rather than for how they perform. So yes, Moncler has produced an iconic quilted jacket, but it's a jacket that is now more iconic on the streets than it is in the mountains.

Hmmm, how can we best explain how expensive Moncler's gear is ? How about this...
Ok, so you're as pleased as punch that you've managed to save up some serious cash for a new ski jacket... yes, you've lied to your wife about the weekly budget, you've not had a drink for two months, and the kids are wearing shoes that have been hurting their feet for a year, but you've done it - you've got about 300 shiny one pound nuggets in your pot and you're ready to purchase a new jacket. Fancy buying a Moncler jacket with your hard-earned lolly ? Well keep saving sunshine. Yeah, keep saving for about another two years, because to buy a Moncler jacket you're going to need to save the same again twice over. Yes, Moncler is seriously expensive stuff, with their jackets ranging anywhere between 700 and 1100 of your most sterling of English pounds.

Moncler clothing is available at the following Ski and Snow-sports Shops: