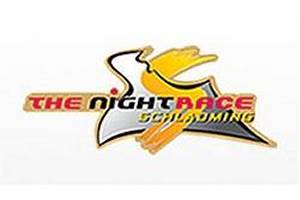 Often overlooked in favour of the classic downhill races at Kitzbuhel and Wengen, Schladming has made a name for itself as one of the must-see events, not just in skiing, but in the sporting world, and not just for the spectacle of the skiers battling it out through the slalom gates, but also because of the spectators who line the side of the hill and generate the sort of atmosphere that is rare to see at any sporting event in the world.

This race is like the skiing equivalent of an English Premiership team travelling to Turkey for a European Champions League match against Galatassary - absolutely mental ! The legendary atmosphere at this race has turned it into one of the biggest sporting events in Austria, with over 50,000 people cramming onto the side of the floodlit slopes of the Planai mountain to watch the night-time slalom race and literally scream on the world's top slalom skiers. Even people like ourselves who prefer the downhill to the slalom cant help to be drawn into the incredible atmosphere that this race conjures up. You do get a lot of fans travelling to it from the other neighbouring alpine nations, but the majority are Austrian and they make the race quite partisan in favour of their skiers, as you'd expect, with the decibel level almost deafening if one of their own go down the course and take the lead. Giant flags, red flares (no, not trousers, but the kind you wave around dangerously in the air) and air horns are not what you'd normally associate with a world cup ski competition, but then this is no ordinary event. The race itself is actually part of a three day party bonanza, with lots of live acts, DJs and shows now involved in the lead up to it, giving it one hell of a reputation. If you never get the chance to get out there then consider watching it live on Eurosport, the atmosphere really comes across - I'll never forget the first time I came across it, wondering how on earth they'd managed to get what looked like Liverpool's Kop set into the gradient of a ski slope ! But if you can arrange your annual pilgrimage to the slopes around the Styria area of Austia and fancy seeing how much noise 50,000 drunken Europeans can make on a wintry night in January, then get yourself over there, it's an experience you'll never forget.

The Austrians have been dominating the race in recent years, and have even come close to a 1-2-3 during a couple of seasons. Britain's best performance at the race came in 2001 when Alain Baxter finished 9th.

There was no official race in 2013 because Schladming was hosting the Alpine Skiiing World Championships, although interestingly they did hold the slalom event at night,

Anyway, the list of winners of the Slalom since the event was first run at night in 1997 are as follows:

Local legend Benjamin Raich is the man for the night slalom, having won it 4 times between 1999 and 2007. And don't discount him winning it a few more times yet. It's a relatively modern event so it's good to see one of the all-time greats Alberto Tomba 2nd in the list, having won the first two events back in 1997 and 1998.

The home nation has dominated this, winning more than two-thirds of the races by 2010. Their big rivals Switzerland have yet to win the event, whilst Bode Miller's victory back in 2002 for the USA is the only time a non-European nation has claimed victory.

Frenchman Jean-Baptiste Grange broke the host nations's four-year grip on the night slalom to take victory with a great 2nd run - overhauling a 1st leg deficit of 0.85 seconds from 2nd placed Andre Myhrer of Sweden. A great night then for the French, but also the Swedes, as Mattias Hargin took the final place on the podium with 3rd, whilst Axel Baeck finished 6th and Jens Byggmark 7th. The same can't be said for the Austrians, with 4-time Night Slalom champion Benni Raich their highest placed skier back in 9th. They had a number of skiers well placed for a 2nd leg charge but one by one they dropped out of contention: Marcel Hirscher was flying through the smoke from the crowd's red flares but incredibly straddled the last gate when he would have taken the lead, Manfred Pranger made some mistakes in the tricky lower section and finished 12th, whilst Reinfried Herbst, aiming for a hat-trick of victories lost an edge near the mid-section, leaving the near 50,000 crowd who'd packed out both side of the Planai bitterly disappointed to say the least. The atmosphere had been as good as ever, probably at it's best when Marcel Hirscher was flying down, with flares being set off on both sides, and some delays needed as the organisers waited for the smoke to clear. With snow falling, the conditions on the bottom of course became trickier as the night went on, which then favoured some of the earlier races in the 2nd run. Current slalom leader Ivica Kostelic seemed to take a steady approach to his 2nd run and finished in 5th.